Trying to beat the June heat in Tucson!

If you live in Arizona, you know that the month of June is the hottest and driest month of the year. Even desert dwellers like rattlesnakes and jackrabbits hide out as much as possible to escape the unrelenting heat. Knowing that monsoon relief is still weeks away, I took the opportunity to escape for a few days and head for the hills. My destination- just east of Payson, AZ. I had never been in this area before, and heard it was a little less crowded than the traditional White Mountain getaway of Show Low. The first few nights were spent at a campground near Woods Canyon Lake. Aspen Campground is in Sitgreaves National Forest. No electric, but I was sure impressed with the large sites and relative quiet.

After a few days, I wanted something a little bit more remote. Just a few miles up the road was an at-large camping area, right on the edge of the Mogollon Rim! What a view- 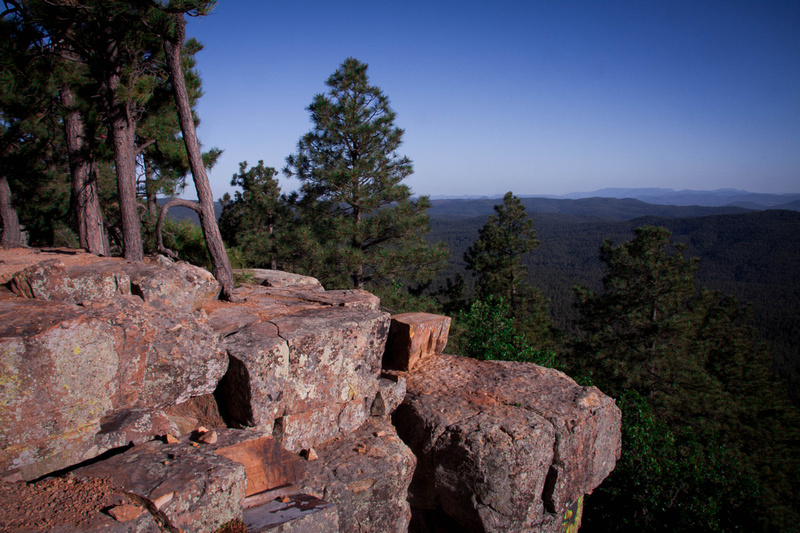 Once I settled in, it was hard to think about leaving. The view was endless, and geology was so colorful! 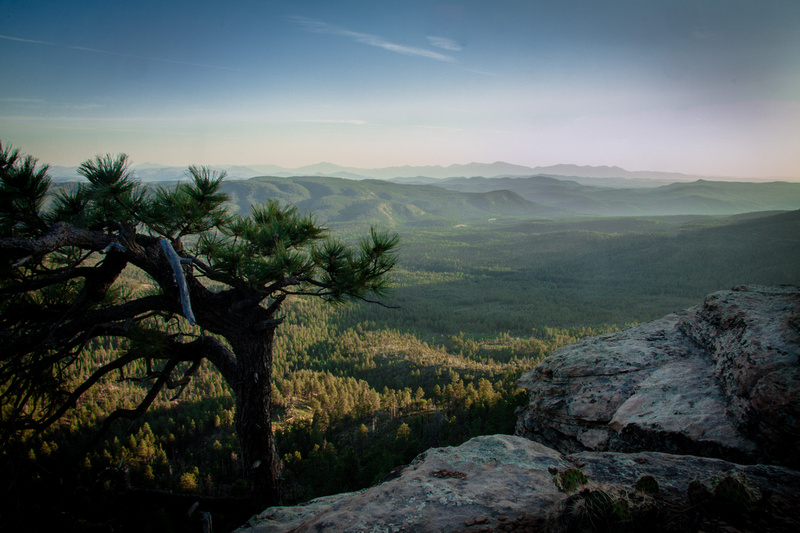 Woods Canyon Lake is one of several lakes in the area between Payson and Heber. I tried my hand at fishing, and thanks to the generosity of some folks camping next to me, tried out kayaking (first time- and I must say a kayak is now in my future purchase plans). 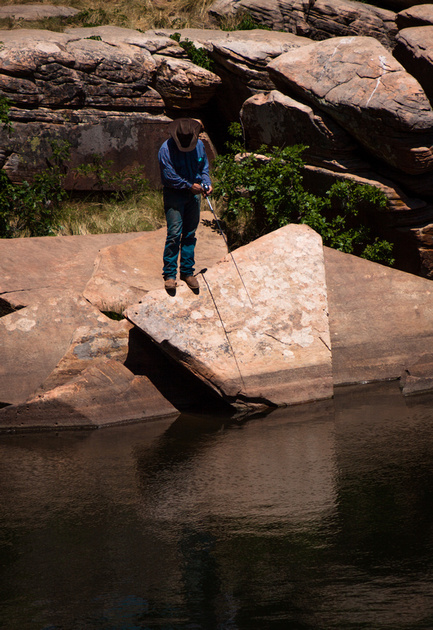 I even had the good fortune to come across a bald eagle nest with 2 young chicks. One afternoon while fishing, the eagle settled into the branches of a pine just above me. I think it was hoping to snag any fish I caught- I did see it grab someone's catch out on the lake! 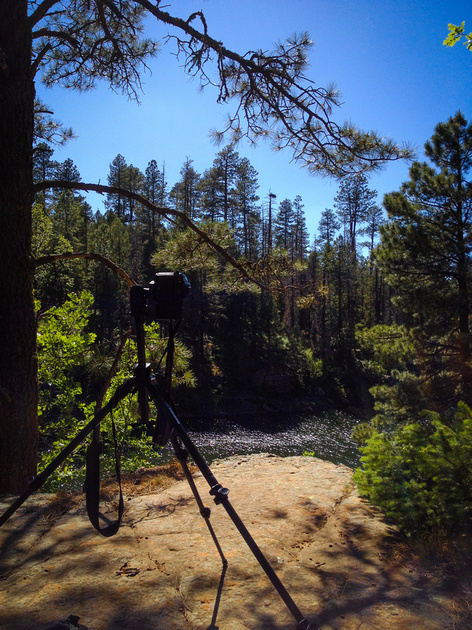 While mom was gone, one of the chicks was testing out it's wings- won't be long at all before it is cruising the lake! There were also several osprey that made Woods Canyon Lake their home- beautiful birds......... 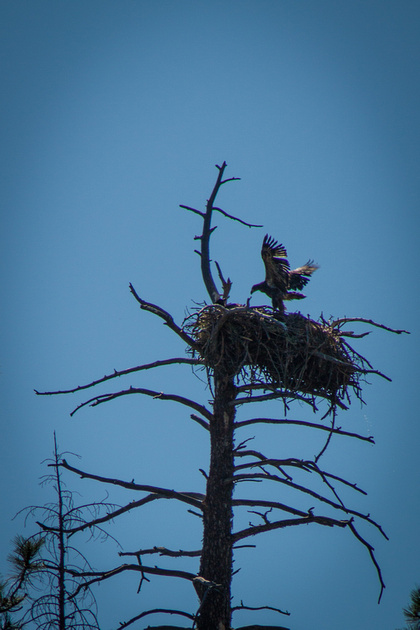 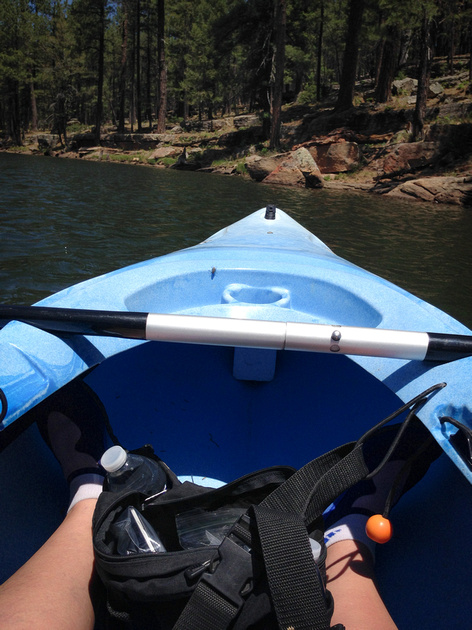 A short 15 mile drive (and about a mile long hike) down the road is Chevelon Lake. This beautiful lake is at the base of a deep canyon, and sees very few people because of the steep hike at the end of the road. It was very well worth the walk! 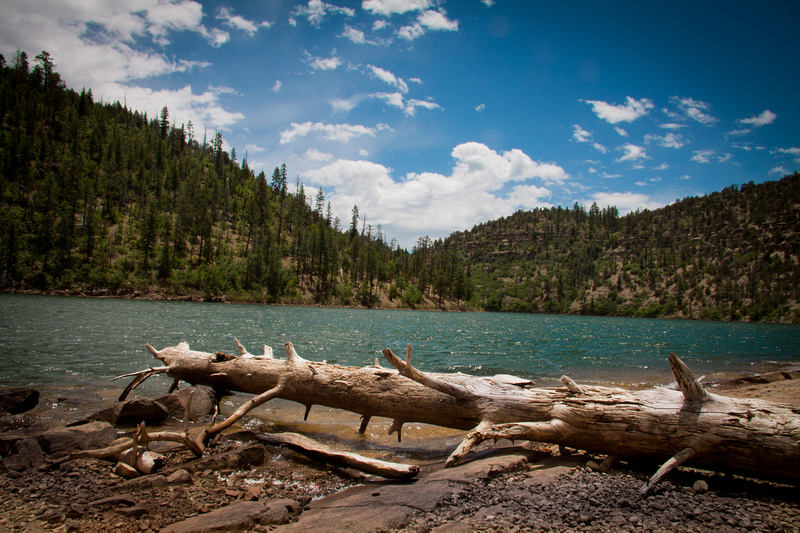 Back near the campsite, I scouted out several incredible hiking, or in my case, mountain biking trails. Great single-track with no crowds. I never saw another person! Thankfully, I never saw a bear either. From what I'm told, they are abundant in the area. I also saw numerous elk, although I was not fortunate enough to have the camera ready to get any shots. 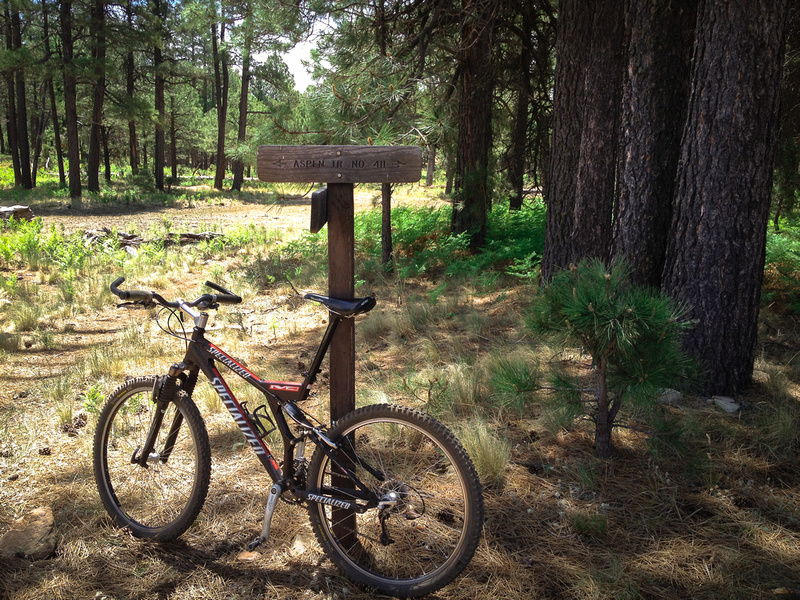 Several weeks before the trip to Aspen Campground, several folks staying at the camp were caught with a campfire in their site. The entire state and National Forests have been in Stage II, and in some areas, Stage III Fire Restrictions because of the extreme drought and heat. These folks did not like being told not to have a fire. They left the campground, hiked around to the back side of Woods Canyon Lake, and set up another site, complete with campfire. Guess they didn't get the message the first time. The fire got away from them, and ended up burning about 150 acres before firefighters were able to bring it under control. It is a miracle they did not set off a huge fire. Driving through Heber/Overgaard, there was still ample evidence of the Rodeo Chedeski fire that raged in 2002, burning nearly 500 thousand acres.

I do believe that I have found my new favorite camping location- Now back home, I am counting the days until the rains come; or until my next trip to the mountains!

Enjoy the following slideshow from the trip-