This past weekend I decided to take a road trip up to Roosevelt Lake in central Arizona. The route went through several small mining towns along the way, and really captured the essence of one of the 4 C's of Arizona- Copper. Along the San Pedro river was the small town of Winkleman. Although the San Pedro was bone dry, the Gila river cuts through town, and refreshes an otherwise parched desert area.

Gila river runs adjacent to a nice, large city park in the mining town of Winkleman. 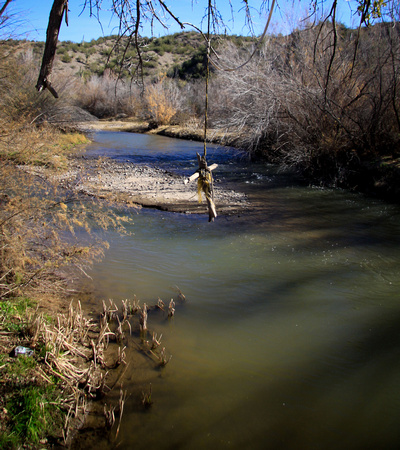 Gila river runs adjacent to a nice, large city park in the mining town of Winkleman. 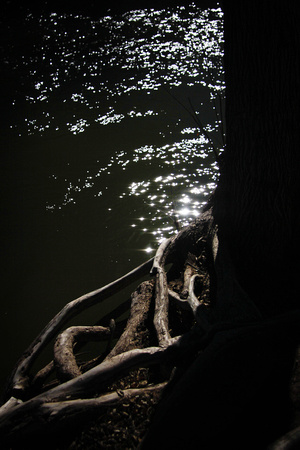 Unfortunately, in Winkleman, like many of the Arizona mining towns, the boom/bust economy of copper has taken a serious toll on the town. Only the hardy few remain today. 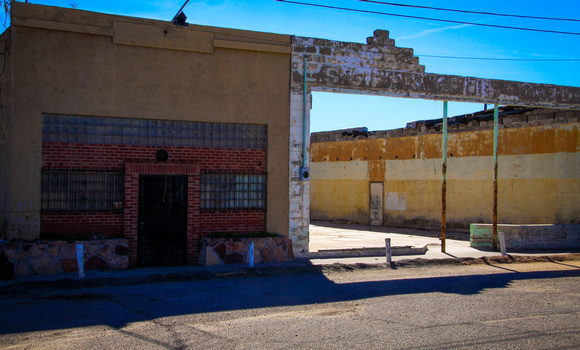 In nearby Superior, the scene is much the same, although the town has had some success promoting the area as an eco-tourism location. Mining, however, remains the primary vision of the area. 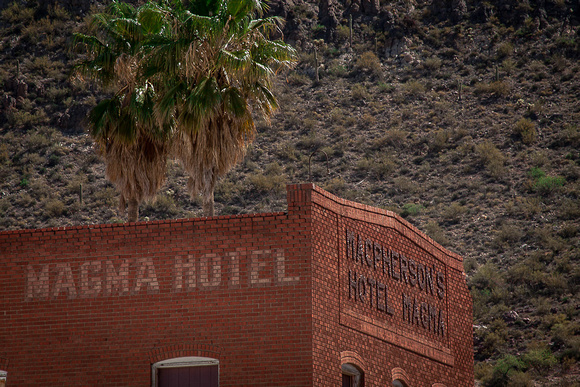 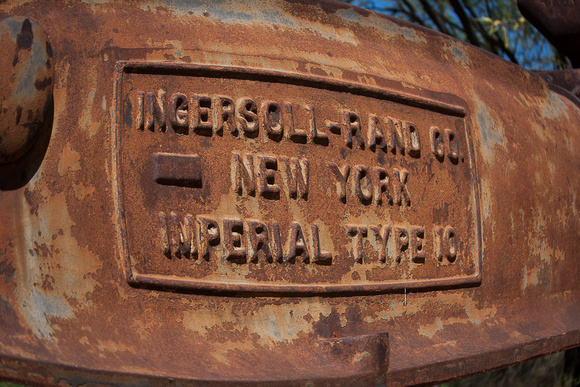 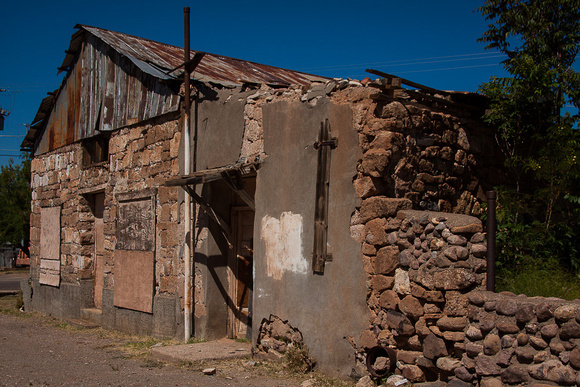 Nearby Ray Mine is several miles wide, still a major producer of copper for the area. 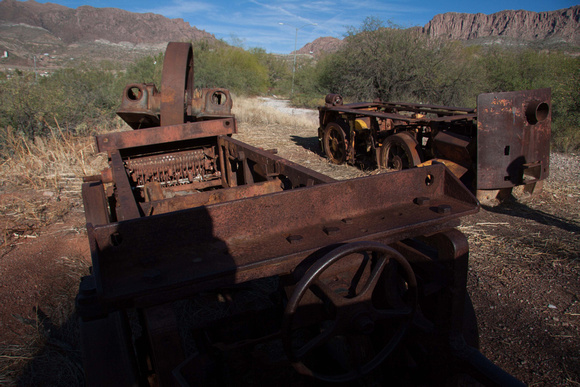 Continuing up the road toward Roosevelt Lake is a great camping area along the Gila river. Numerous free camp sites sit alongside the Gila, and invite campers to cool off in the shallow waters of the creek. 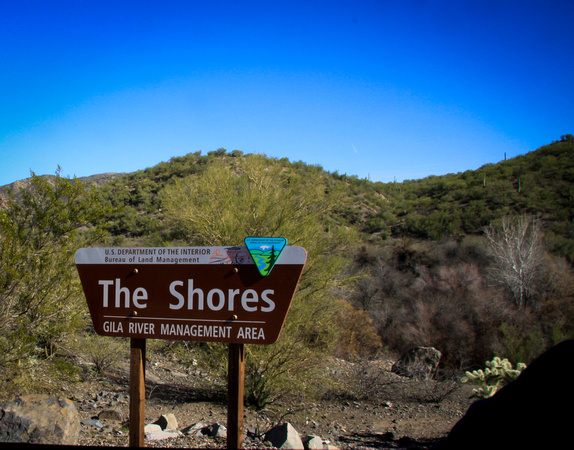 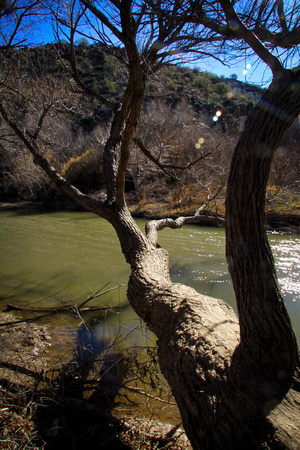 At Roosevelt lake, I was drawn to the dam, which was constructed along the Salt river in 1906, and enlarged in 1989. The dam was built primarily as an irrigation supply to the Phoenix area, and to control flooding, although the dam does have a hydroelectric generating capacity of 36 megawatts. 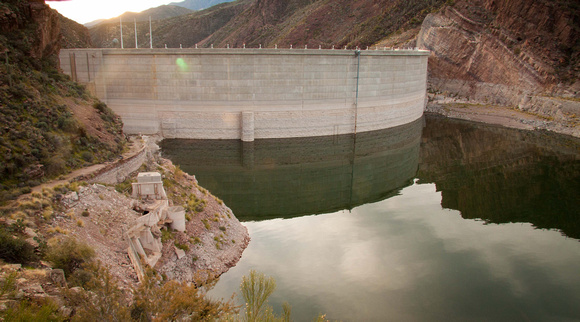 Before dam modifications could begin, a bridge needed to be constructed to route traffic, which until then had driven across the dam. The new bridge, build in 1990, spans 1080 feet across Roosevelt lake. 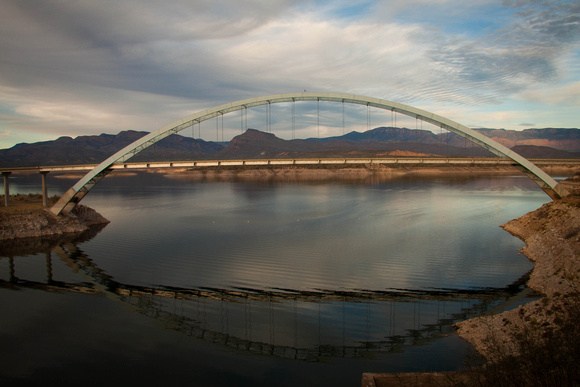 Roosevelt dam seen from the west side 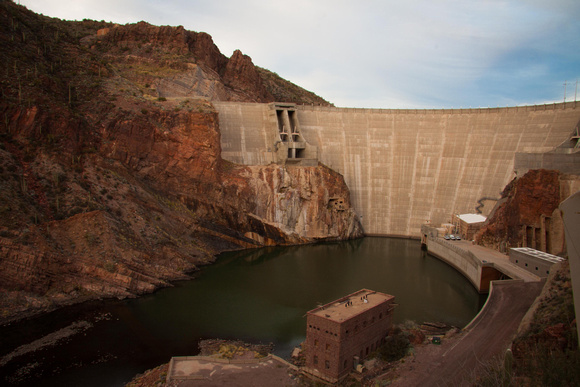 Looking across the lake at sunset 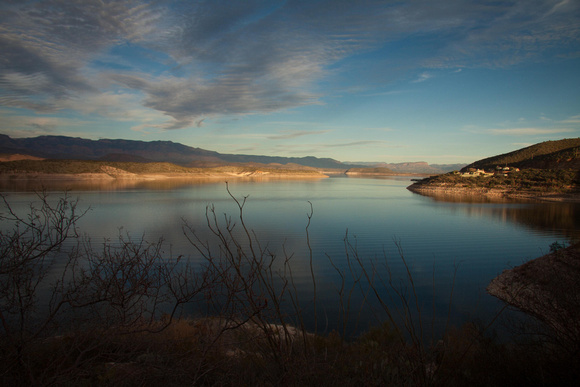 On a previous trip to Roosevelt, I ventured onto the east side of the lake to a beautiful area called Salome Jug. This drainage from Salome creek, which originates in the White Mountains, is a spectacular hike/float into the narrow walls of the canyon. 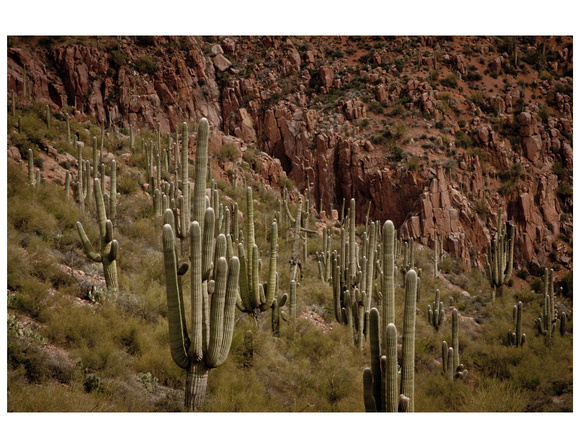 Looking down into Salome Jug. 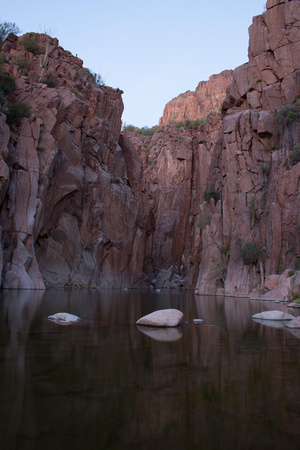 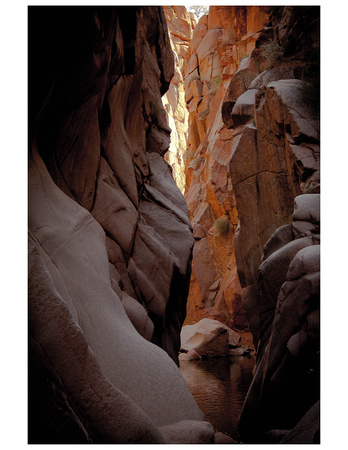 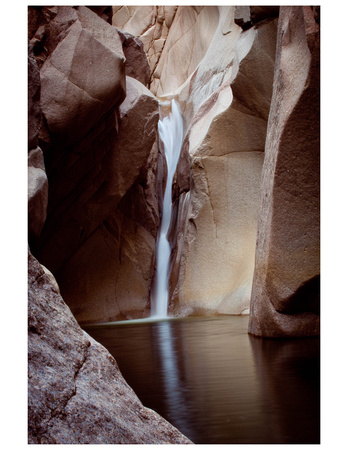 Waterfall area deeper into Salome Jug. This is a popular area for those adventurous souls willing to hike several miles, swim/float into the canyon, and in places rappel through the cliff areas. 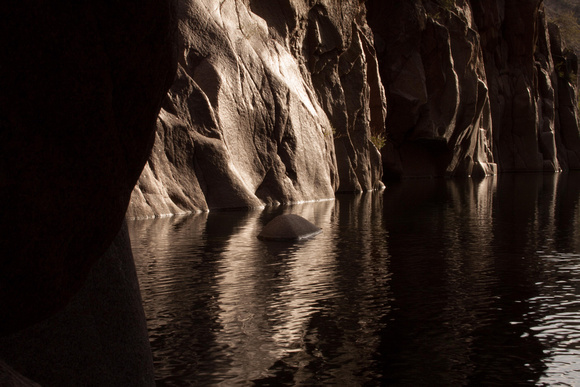 Arizona never ceases to amaze me. Dry as a bone in some areas, but water is plentiful if you know where to look.